Over the course of the past five years, Southeastern’s Department of Athletics has experienced success across the board.

When current Athletics Director Jay Artigues was named to the position, he hoped to chart a path toward a very strong future. Almost immediately, with input from the department’s head coaches, a fresh mission statement was crafted that embodied the new vision for athletics at Southeastern: Committed to excellence in the classroom, in the community, and in competition. “We wanted to clearly establish what it means to be a part of the athletics program here at Southeastern. Whether you are staff, a coach, or an athlete, we all should be working toward the same goals, and I think we have achieved that focus,” said Artigues.

By targeting these three key areas outlined in the new mission statement, Southeastern has excelled in each. This success is visible both on campus and in the community. The impact has been stellar and has brought a holistic approach to the program and the anticipated results for student-athletes.

“I commend our coaches for committing to our mission…it starts in recruiting student-athletes that are committed to excellence in all three areas,” Artigues said. “The mission statement is posted in every athletic building on campus. I wanted our student-athletes and coaches to see it every day everywhere they went.”

Excellence In The Classroom
In the classroom, student-athletes are thriving. In the spring of 2017, Southeastern recorded its highest GPA in department history. The department continues to break records academically and foresees improving the overall GPA over the course of the next three semesters. This past fall semester, student-athletes achieved a 3.16 overall GPA with more than 50 percent recording an individual 3.0 GPA or higher.

“While we are about winning athletic competition, we are also about forming student-athletes for a strong and productive future. Our overall academic progress has been fantastic and I could not be more proud. This ensures that whatever these students may go on to do, they can do it with excellence after they have graduated from Southeastern,” said Artigues. 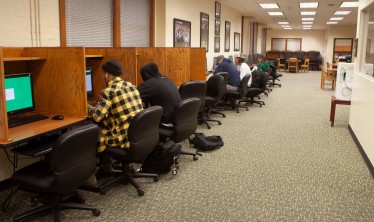 Excellence in the Community
Part of any education is not just the book learning that prepares one for a career, but it is the life education that teaches one to be a great person. With a specific focus on giving back to the community, Southeastern Athletics ensures that every student-athlete engages in service to the community each year. “We hope that this helps form the overall person that they will become,” said Artigues. 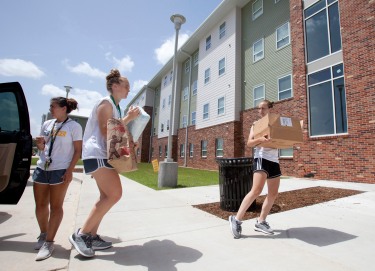 At the NCAA level, track and field athlete Alex Young earned a national title in the men’s indoor weight throw during the spring of 2016. Since then, the baseball, football, and softball teams have all churned out program records for most wins in a single season.

Excellence on the field requires a great deal of focus. In addition to strong recruiting and coaching, facilities play a huge part. Having good facilities that support the students are an important part of the recruiting process. Creating physical improvements throughout the department is a focal point for Artigues.

Excellent Infrastructure and Support
“I think it’s important to show every year that you’re making some sort of major improvement, one thing every single year,” Artigues said. “If we do that in every sport, you look up five years later and we’ve accomplished a lot. Tip your hat to the coaches and administration; everyone has pitched in and done a great job.”

Improvements have been made across nearly all facilities including Strawberry Stadium, the University Center, North Oak Park, the North Campus Athletics building, the Tennis Complex, Track and Field Complex, and Alumni Field. The academic center, located on the west side of historic Strawberry Stadium, has received additional computer stations, study rooms, informational signage, flooring, and furniture. An NCAA grant helped provide for additional academic counselors.

“We’re developing a holistic student-athlete,” said Artigues. “The academic center has paid dividends by recently generating the highest GPA in department history. It is no coincidence. We’ve committed to excellence in that area, providing the resources we need to be successful academically.”

Renovations have also allowed for the new North Oaks Nutrition Center to launch. The nutrition center is only one piece of an entire nutritional program for the Lions and Lady Lions, developed by North Oaks Dietetic Internship Director Leslie Ballard and Southeastern Assistant Athletic Director for Sports Medicine Brandon Albin. The program is designed to not only provide sustenance through the nutrition center, but
also to better educate all Southeastern student-athletes on the best dietary practices.

“It’s important we also give the nutritional resources to be successful,” Artigues said. “They get their three meals a day, but it’s also important they have the proper nutritional information.”

“Our goal with this program is for the student-athletes to see better performance, fewer injuries, faster recovery, and overall better health,” Ballard said.

Over the past five years, the numerous facility upgrades were made possible by an increase in fundraising, sponsorship, and concession dollars, identifying internal funds and cost efficiencies, routine maintenance, and a variety of grant monies. Concession revenues have doubled since bringing the operations in-house, and developing a partnership with Peak Sports Management to handle sales has led corporate sponsorships revenues to quadruple.

Through a focus on classroom, community, and competition excellence, Southeastern athletics is reaping the benefits of success.