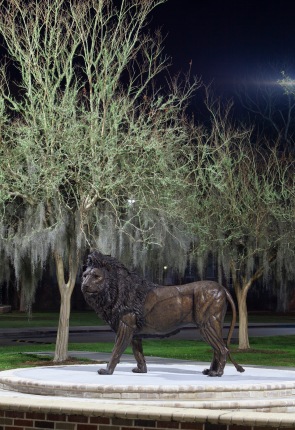 A new lion statue now stands sentry over Southeastern’s Friendship Circle with his gaze set upon Strawberry Stadium. The project was headed and funded by the Student Government Association.

During an event held in Friendship Circle leading up to the home-opener Jacksonville State game and tailgating, the statue’s unveiling helped kick off the beginning of the Lions’ football season on campus.

Created by Matt Glenn with Big Statues, the bronze statue is 65″ tall and 82″ from head to tail—the size of a very large adult male lion. Tipping the scale at 800 pounds, he is about twice the weight of his real-life counterpart. 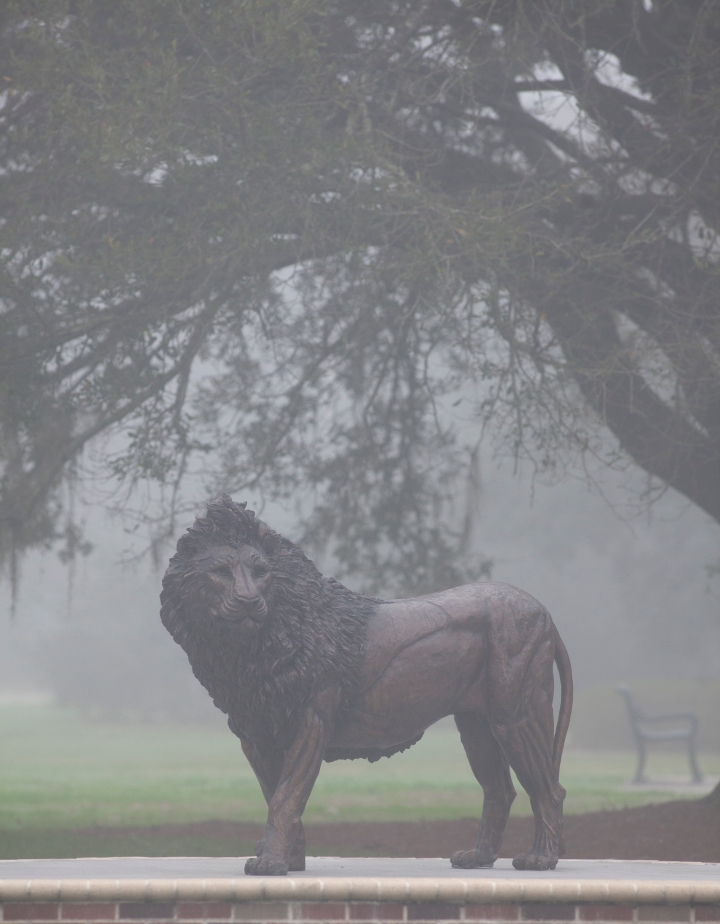