The current home of Southeastern men’s football, as well as women’s soccer, Strawberry Stadium has a rich 83-year history. Throughout the decades, it has stood as a solid testament to both the fierceness of true Lion Spirit and our ever-changing world. Generation after generation have battled for victory on its turf, cheered on their school
with pride or reconnected with Southeastern and fellow classmates in its stands, experienced some of the best years of their lives living in its housing or forging friendships in its social spaces, celebrated a new school year on its grounds, and so much more.

In honor of the more than eight decades of tradition, we look back at some of the most monumental moments and triumphs in the story of Strawberry Stadium.

On May 12, ground is broken on Strawberry Stadium as part of President Franklin D. Roosevelt’s Works Progress Administration (WPA) program. Under project #1304, the
construction cost $144,000 ($2.95 million in 2020 dollars). Edward F. Neild, D. A. Sondal, and E. F. Neild Jr. were the architects of the two buildings that would collectively become known as Strawberry Stadium. The structures were designed to hold 8,200 fans.

Strawberry Stadium is completed and the first game is held in the new facility on September 17, during which time then-Governor Richard Leche dedicated it in person. The Lions, fresh off an 8-0-1 season in 1936 under head coach A. L. “Red” Swanson, face off against the LSU freshman team for their first game in the stadium.

They celebrate their first landslide win in it a week later, defeating Southwest Mississippi Junior College 52-7. The Lions finish their first season in Strawberry Stadium with a 6-1-1 home record and an overall mark of 8-2-1.

In addition to providing an exciting new venue for the community to cheer on their team and school, the new stadium also serves as one of the campus’s first student housing facilities and much-needed space for auxiliary services. The first floor of the East Stadium building held a cafeteria, post office, and social room—a precursor to the first War Memorial Student Union completed in 1950, although it continued to be used as a gathering spot even beyond then and served as a meeting room for student organizations. A men’s dormitory occupied the second floor. West Stadium housed athletic offices and training facilities on the first floor and a football player dormitory on the second floor. To this day, the two buildings continue to provide space for campus operations, with East Stadium’s first floor now housing University Advancement’s Office of Marketing and Communications and its second floor serving as additional office space for the Department of Visual Art + Design, while West Stadium remains home to athletic offices and training facilities.

The stadium was completed in only 16 weeks, due in part to the eagerness of Governor Leche, who reputedly pulled workers from other government construction projects in the area to work on the stadium. Leche initially planned to name the stadium after himself, but it instead was decidedly named in honor of the local strawberry farmers. A plaque still remains on the north end of East Stadium in honor of governor Leche’s contribution.

1946
From 1942-1945, the excitement and celebration in Strawberry Stadium is put on hold as players and other members of the Southeastern community heroically serve their country during World War II. When the roar finally resumes in 1946, it does so epically.

The returning Lions achieve a perfect 9-0 season, becoming the first undefeated and untied football team in the University’s history. Southeastern outscores the five visitors
to Strawberry Stadium by a combined total of 159-19 and end the victorious returning season by winning the only bowl game in Lions football history, the Burley Bowl in Johnson City, Tennessee.

1960
Strawberry Stadium’s field was named Carroll Field in honor of longtime Southeastern supporter Eldridge Carroll (1867-1960) who passed away in October. Carroll, a prominent Hammond real estate developer who became known as “Coach” for his tutelage of the football team, served for many years as a dedicated volunteer in several leadership roles on campus, including as superintendent of the Strawberry Stadium building.

1967
Two of football’s most legendary players take on the Lions, but Strawberry Stadium plays witness to their defeat. With Coach Pat Kenelly at the helm, Southeastern triumphs
over Pensacola Navy College and quarterback Roger Staubach on October 28. The next week, on November 4, a Terry Bradshaw-led Louisiana Tech squad is outmatched during the 1967 Homecoming game. Staubach (with the Dallas Cowboys) and Bradshaw (Pittsburgh Steelers) both go on to be members of the NFL Hall of Fame and win a combined six Super Bowls in the 1970s. 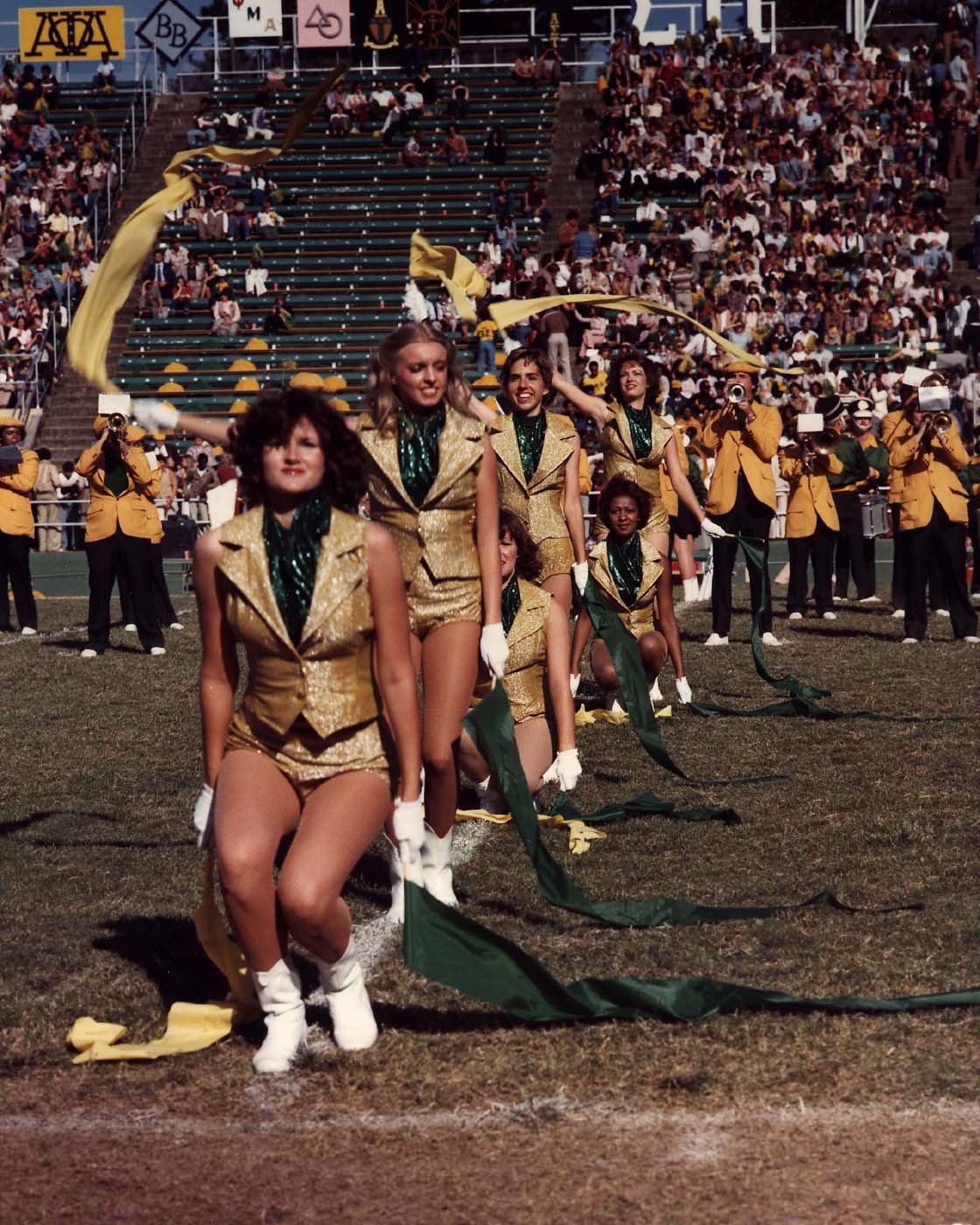 1970
Halloween 1970 proves to be scary for another future NFL quarterback when Southeastern defeats Youngstown State University, led by Ron Jaworski, who would later play for the Philadelphia Eagles and in Super Bowl XV.

1980
On October 18, Southeastern ties a national record as three Lions—Mack Boatner, Kendall Denmark, and Charlie Thomas—make history by all topping 100 yards rushing in a 47-6 Homecoming victory. A few weeks later, fans go crazy as Boatner rushes for a school-record 275 yards, a mark that stands until today.

1981
The largest crowd ever in Strawberry Stadium, 12,000 fans and visitors, packs the stands while cheering the Lions on to victory against Jackson State University on October 3.

2003
The roar returns to Strawberry Stadium! Following the success of the Campaign for Excellence, which raised $5 million, and an outpouring of support from the Southeastern and local communities, the first Lions football game in nearly 18 years
is played in Strawberry Stadium on August 30. A 24-minute lightning delay followed by a losing deficit threaten the celebration, but the Lions rally and go on to achieve victory as cheers once again echo throughout the beloved facility.

2004
Playing in a driving rain due to Tropical Storm Matthew, on October 9 Southeastern soundly defeats the University of Northern Colorado and wide receiver Vincent Jackson, who goes on to make the Pro Bowl three times during a 12-year NFL career playing for the San Diego Chargers and Tampa Bay Buccaneers.

2005
In the aftermath of Hurricane Katrina’s disastrous impact on South Louisiana, the start of the football season is delayed as members of the Southeastern community address their own devastating losses or aid in recovery efforts for others. The Southeastern campus warmly welcomes and shelters those who have been displaced, including McNeese State University’s football team. Games resume on September 10, helping provide a sense of normalcy and a spark of happiness to those who are able to attend. Crowds witness the Lions win both this delayed home opener against Alcorn State University on September 10 and their big game against new neighbor McNeese on October 22.

2008
Southeastern unveils new renovations at Strawberry Stadium on September 13. The much-anticipated additions include the Victory Club, which features 116 additional outdoor seats and six luxury suites seating 15 people apiece. The top level of
the new structure is dubbed the John A. Chauvin Press Box. As part of the project, a parking garage with a 500-vehicle capacity is constructed adjacent to the west side of Strawberry Stadium to better meet the needs of Southeastern’s growing student body.

2012
On September 22, the Lions earn their first win under head coach Ron Roberts in dramatic fashion by earning a touchdown and two-point conversion against McNeese State University with only 2:39 remaining. Future NFL starter Robert Alford clinches the win with an interception on his opponent’s final possession. 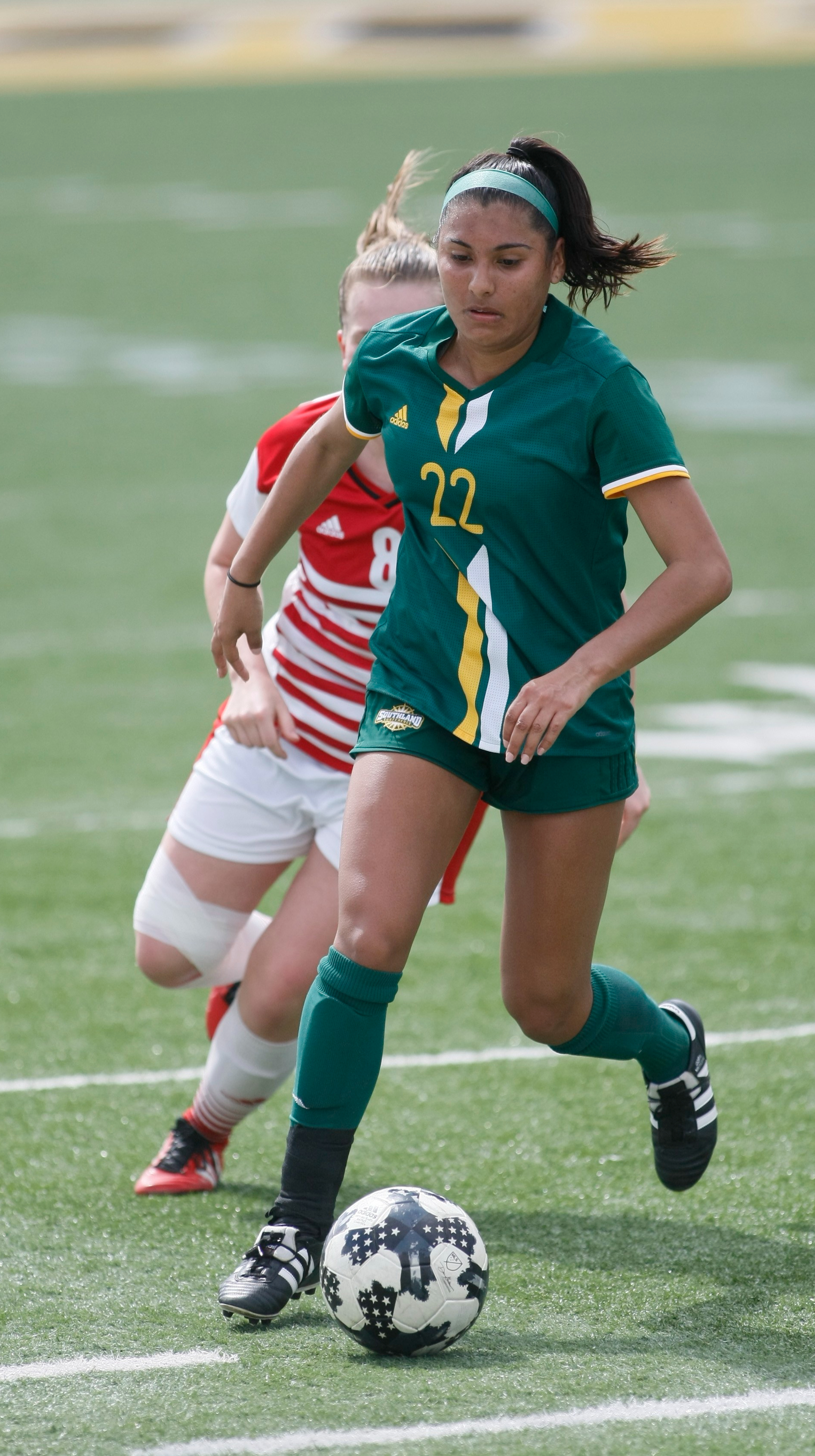 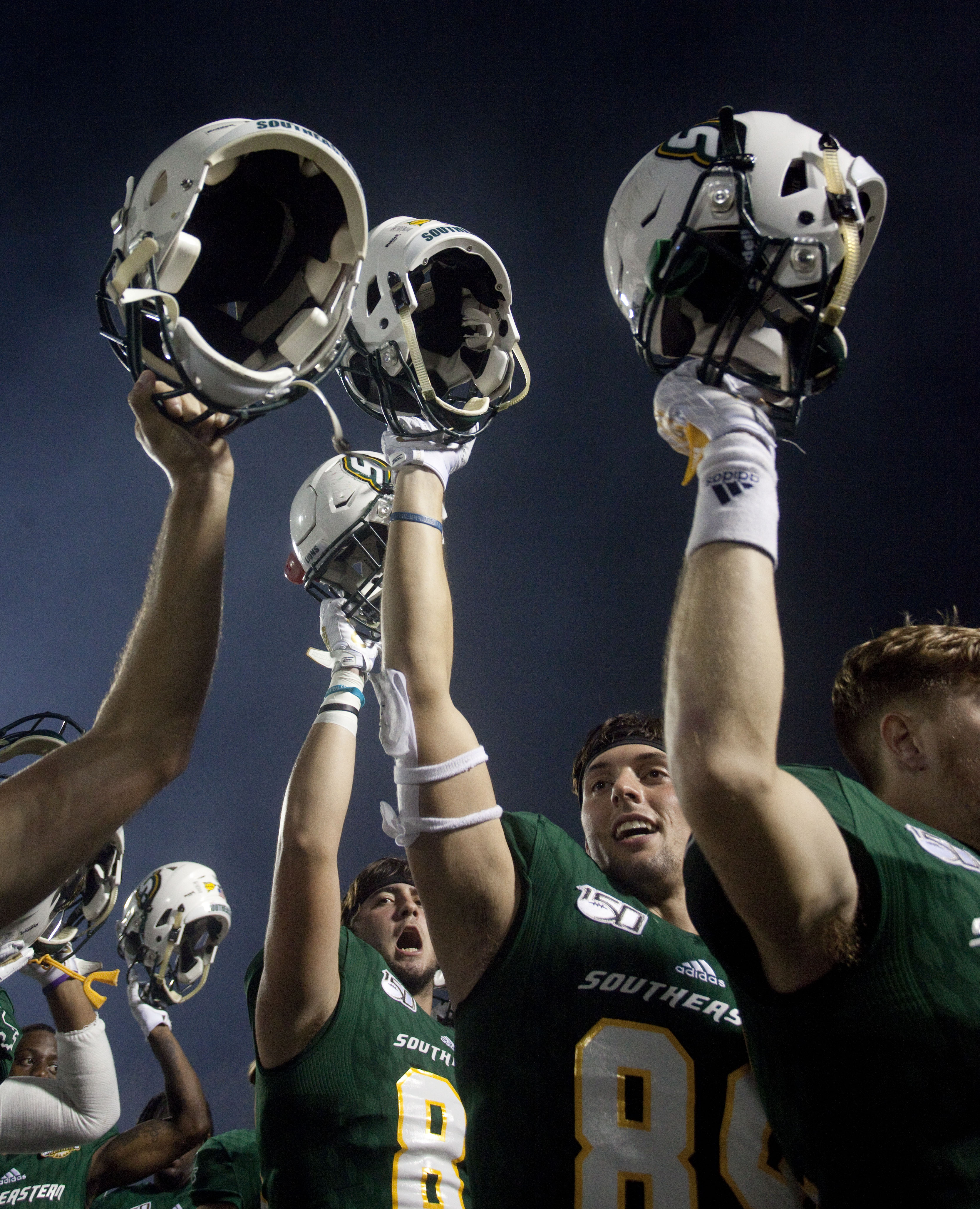 2019
Over 10,070 fans storm the stadium for the River Bell Classic on November 21, becoming the second-largest crowd in program history. Over a week later, spectators witness the return of playoff football to Strawberry Stadium as the Lions triumph over Villanova University and a school-record three players—CJ Turner, Javon Conner, and Bransen Schwebel—all top 100 yards receiving.

2020
The rampant rise of COVID-19 throughout the world halts all fall Southeastern athletic competitions, including football, along with other annual large celebrations in Strawberry Stadium, such as the traditional school year kick-off party Strawberry Jam.

But there is no stopping the roar, and Strawberry Stadium’s story still has many chapters ahead that are waiting to unfold among both current and future generations. As the sounds of football and soccer practice continue to reverberate across its evergreen field and throughout its history-steeped walls, with players fiercely readying themselves for the return of competition and victory, Strawberry Stadium remains a steadfast reminder of the indomitable Lion Spirit, of the unforgettable times lived and shared within its steadfast structure over the past 83 years, and of the exciting moments that still lay ahead.